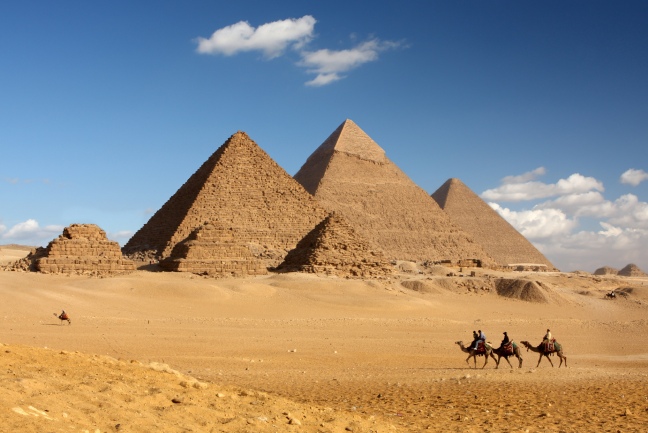 Five thousand years ago the Egyptians buried people under pyramids. Businesses have been doing the same ever since.

It is an old joke. The first time I ever heard it though was from Stephen Kelly, CEO of Sage and he was giving the keynote presentation at that year’s Dynamo conference. Everyone laughed yet it is not so funny. Pyramidal structures have become so engrained in our psyches that we don’t see them for the controlling mechanisms that they are.

Yes, organizations need to be controlled, assets need to be accounted for but not people. They need to be set free, to grow and develop. Pyramidal structures get in the way of creating the kind of organizations that we need. They stifle innovation, they create inter team rivalry and they allow sub cultures to grow that are detrimental to the needs of the business.

So why are they still the most common form of organizational structure? I think we need to go back to the Egyptians themselves. They. along with many other civilizations built pyramids as they are the biggest and most stable structures that could be built at the time. Today we take our steel framed buildings for granted but in the age of stone construction the pyramid ensured a strong and robust structure. Each stone is capped by a portion of the one above and the weight of each higher stone is borne by more than one below. The higher and higher the structure goes, the more its weight is distributed by the base.

Perhaps pyramidal organizational structures remain in place for similar reasons. They are stable. Remove one person and the load is borne by the remaining people. Everyone has someone to tell them what to do and those that tell always have more people to control.

Perhaps the pyramidal structure is the one that allows the creation of the biggest and most stable organizations.

Alternatively, we are just blind to any alternative.