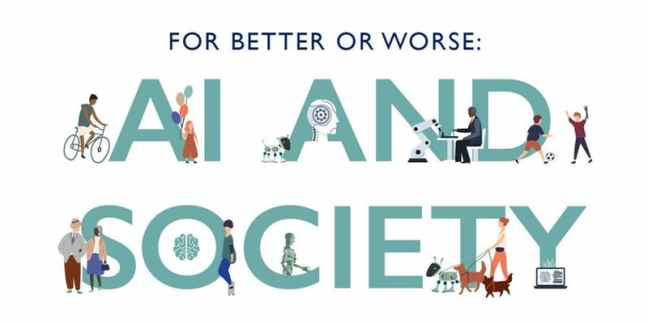 A few months ago, Ed, a colleague of mine from Durham University, asked if I would chair a panel session on artificial intelligence and social sciences at Proto in Gateshead. These are not subjects that I had any real experience in though this has never stopped me before from having opinions nor contributing to a debate. It sounded like fun, something newish for me and so I agreed.

I had expected that the panel session would be part of a wider event but as the day got closer I realised that it was the only part of the programme and so a bit more work was called for. (I need to remember to ask these things before jumping in, although perhaps if I did I wouldn’t have said yes.)

I started off by saying that the world is a very different place from when I was young and technology has played the biggest role in this change. I came to technology quite late and have been in senior roles for over 25 years in the private and public sector. I don’t have a technological background and it is not the kit that excites me but rather what it can do for people. Technology is built by people, to be used by people and for the benefit of people. It was in this context that I wanted to ask the panel about Artificial Intelligence.

Anyway, here are the questions that I got to ask:

Being out front it was very difficult to record the answers. They were very good though!