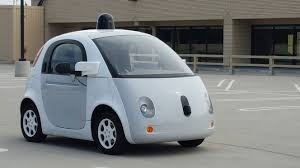 The opening speaker on day 2 of the Unit4 conference gave us his thoughts on the future of Enterprise Resource Planning (ERP). It was at the Conference Centre in Harrogate.

I am not the greatest of advocates for ERP in that I don’t think grand systems solve anything and in the effort to combine all requirements into a single system the functionality can be watered down to make it ineffective. That is another story yet the initials ERP prime me for disappointment.

That would be unfair, however. His talk wasn’t a disappointment yet covered many topics that I had heard discussed many times. Repetition is not always a bad thing. He talked about the rapidly changing tech market and eventually got around to self piloting cars. The PowerPoint presentation showed a picture of a Google car which looked very much like a car.

I was taken back to Dynamo’s conference in the summer when Timandra Harkness made us laugh by pointing out how Alan Turing could imagine a machine learning like a child but could not imagine central heating.

Why does the Google car look like a car? It had a bonnet at the front, seats facing front inside and a boot. It did look modern though, a bit like a cute VW beetle. If it is pilotless then surely this is an opportunity to do something else with the shape. Perhaps it could have seats around a table. Doors at the front and back with luggage compartments underneath.

I suspect that they stuck with the shape because innovation is held back by the un-adaptability of humans (another of Timandra’s observations). We find it very difficult to break out of our own thought patterns. We are stuck in the concept of a car, which originally came from a carriage, and would find it very difficult to consider something that does not conform, at least roughly, to our understanding of carness.

Designing a self piloting car that did not look like a car would be a step too far. Humans need to get used to not being at the wheel first. Once that is commonly accepted then we will be freed from the shackles of current automotive design.