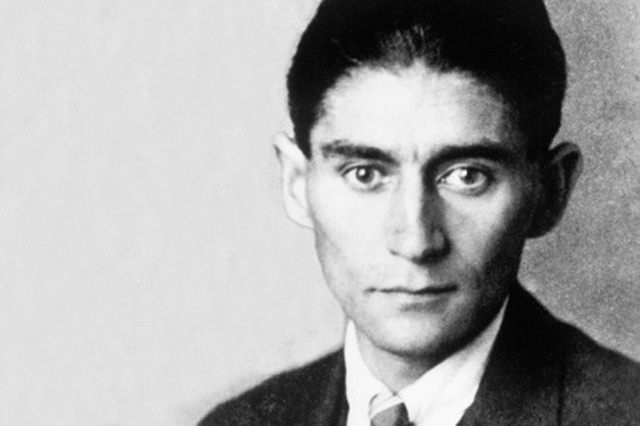 ‘You can hold yourself back from the sufferings of the world, this is something you are free to do and is in accord with your nature, but perhaps precisely this holding back is the only suffering that you may be able to avoid.’

I have always liked Kafka.  His work describes the frustrations of being alive.  His books twist and turn and tie the reader into knots.  His best works do not have a satisfactory ending.  They just stop like Anne Frank’s diary.  They leave you desperate for more, for closure.

I have read this sentence over and over again. One minute I am sure of what it says and then the next I am less so. In the end I have taken it to mean that life is filled with difficulty and obstacle and that you may decide to ignore them but in the end they cannot be avoided. Only by facing up to our challenges can we hope to make progress. Sometimes life is muck and nettles.

Kafka’s sentences and books are complicated, just like life itself.

Our choice is simple, do or don’t. In the end though avoidance leads to suffering, life always catches up with us, while addressing our problems at least gives us the chance to overcome them. Facing adversity and using our creativity is the way that society develops.

I am reminded of President Roosevelt’s speech ‘The credit belongs to the man who is actually in the arena, whose face is marred by dust and sweat and blood; who strives valiantly; who errs, who comes up short again and again, because there is no effort without errors and shortcomings.’

Avoidance of those things that stand in our way is a choice we can make but ultimately it is those people who do that get things done. As Jack Pitman said in Julian Barnes’ novel ‘England, England’ sometimes the only way of doing something is to do it.

At least I think that is what Kafka meant.

2 thoughts on “Sufferings of the world”