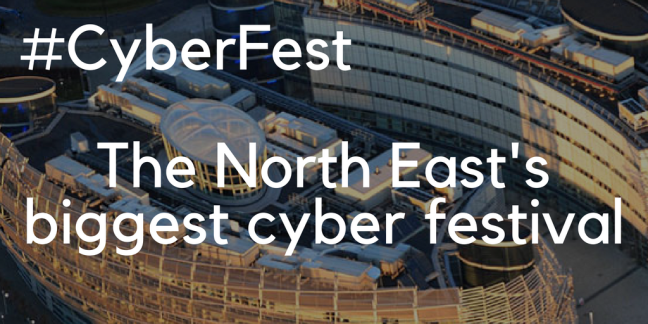 In the end I need not have worried about people turning up at our first CyberNorth event, part of CyberFest. I had been kept awake worrying about it for several weeks yet people started arriving and checking in even before the doors had officially opened.

A colleague of mine had said that anything into three figures would have been an achievement and when everything was counted there were just shy of one hundred and fifty visitors. For a first stab, I am going to take this as a hit. It was a great team effort all round.

It wasn’t just IT people either, with representatives from many different professions and trades. The venue at Northumbria University’s Business School looked full, with lots of engagement and conversations, both with the sponsors and between the delegates.

That is the first week over then, with two more to go. The Northumbria University event was billed to be the biggest and this week our focus turns to Teesside on Thursday at Teesside University and Northumberland on the Friday at the Offshore Renewable Energy Catapult building in Blyth. Dynamo North East has never had events in either of these areas and so these are another couple of firsts.

What then have I learned from putting on these events (with the help of my colleagues)?

The vibe this week was certainly good and a lot of people asked if this would be a regular event. Let’s see how we all feel once the dust has settled.