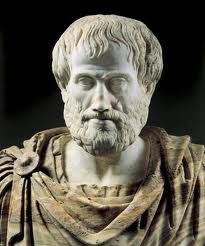 I am no Aristotle yet I like to think of myself as an ethical person and would like to live amongst people who were like minded. Everyday I see things in business and public life which I regard as unethical, immoral, unfair and, at times illegal. But who am I to judge? I wonder whether everyone feels the same.

The issues I am faced with are ‘why should my ethical position be any better than another’s?’ and ‘who gets to decide whether something is ethical or not?’

Ethics can mean two things: the set of moral principles that govern a person’s behaviour or the conducting of an activity: the branch of knowledge that deals with moral principles.

Morals is another vague concept, primarily concerned with the principles of right and wrong behaviour, or holding high principles for proper conduct. Again, assuming you are operating within the law, who is to say what is right or wrong?

This can mean that if someone has a set of moral principles, that are legal and they stick to them, even if they differ from mine, then they too can consider themselves as ethical. My idea of ethical can differ from the next person.

Perhaps the issue therefore, is not whether your ethics agree with mine but that you live by your own moral code. To claim that I am ethical I should be clear as to what my moral values are and be able to demonstrate that I live by them. That in itself will be quite hard to achieve but at least I will be able to speak from my own position of strength.