Throughout the month of April, I am going to be using the A-Z blogging challenge to update the seven deadly sins with my suggested twenty six more modern versions.  It would seem that to sin is not a modern invention though these days there are so many more ways to be inventive.

N is for fake Ne 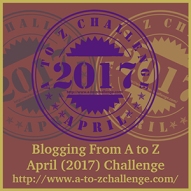 ws.  Or rather N is for news that is fake.  During the American presidential elections this was a subject that was all over the media.  Fake or real.  Donald Trump even expelled much of the world’s press from his briefings over it.  The premise was that individuals, organisations and even states were publishing information that deliberately set out to discredit the party referred to, so that they would benefit on the back of it.

As if that would ever happen in a political process.  No one would miss an opportunity to get one over on their rivals.  Who would let the truth get in the way of a good story?

In truth, in reality or it is a fact that all news is fake.  All articles are written from somebody else’s perception.  Everyone has his or her leanings beliefs and values.  It is impossible to write without them coming through in some form or another.  Indeed this blog is fake news.

One man’s meat is another man’s poison.  One man’s terrorist is another man’s freedom fighter.  History is written by the victors.  Only those with significant resources can broadcast their opinions.  News is the love child of the elite.

You need to take what you read with healthy scepticism.   It is human nature to believe all stories that support your views and be incensed by all those that don’t.  What is worrying is that social media is now using your preferences to decide what stories should be portrayed to you.  Facebook is ramping up more of what it thinks you like and scaling back on those you don’t.  In future you won’t even have a counterbalance to the fake news.  You will only have news that supports your views and you will have no idea whether it is real or not.

Thou shalt not believe everything you read in the media.