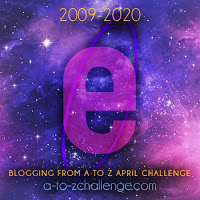 The A-Z blogging challenge is quite straightforward, blog everyday in April, except Sundays, with subjects that follow the alphabet. It’s all a bit of fun. My subject is ‘A month in lock down’.

Mathematics was never my thing when I was at school. Although I am quite numerate I could never get my head around equations which is a shame as I am fascinated by statistics and data. It may seem morbid but I have been glued to the website https://www.worldometers.info/coronavirus/#countries which reports the daily numbers of covid 19 infections and deaths by country. I have been fascinated by the numbers.

While there has been some significant under reporting, each country is showing the same growth curve. It starts off slow and over time the rate gets faster until the curve looks like it is vertical. This is a typical exponential curve and at this point it becomes almost meaningless. You are far better to look at the logarithmic curve. This is how you can see if the rate of increase is growing or declining.

Italy has been the country where much of the media attention has been of late. Compare the two graphs.

Because the growth of an infection is exponential then the logarithmic scale is always the best to consider.

2 thoughts on “A month in lockdown – E is for exponential”