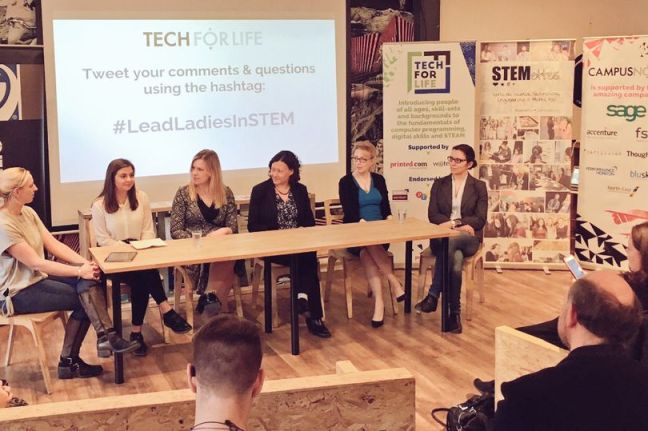 Newcastle isn’t the place that I grew up in. Living in a small market town I’ve grown apart from the place in which I spent so much of my youth. I find I am spending a lot more time there now yet a lot of the places that I frequented have boarded up, moved on or even been demolished. High Bridge has been transformed. There is a hotel there that I never new existed, Hotel Motel One, that is until I went to the Leading Ladies For Life- end of programme summer drinks. I can’t even remember what was there before the hotel.

Lyndsey had asked if I would come along to the reception. She is the driving force behind the Leading Ladies programme which is aiming to increase the number of women moving into top roles within the digital sector. I had been working with her on some mentoring and I wanted to support her in this venture. It is something that I have been interested in for some time.

Ironically the event was held on the same day that there had been so much fuss about the new Dr Who. I still don’t know if I am happy with the news or sad about the ongoing furore. There won’t be equality until things like this are not a story.

Anyway, I took the opportunity to speak to as many of the participants as I could. I asked them what they had got from the pilot programme and what they were going to do with it. The most common responses I got were that they felt much more confident and they now had a network of like-minded colleagues they can share experiences with. All were committed to putting what they had learned into action.

The full programme is due to start in September and I am looking forward to helping out if I can.

I hear so much talk that men do this and women do that, men are from Mars and women are from Venus, but it is simply not true. Some men do yet so do many women. The differences between the genders is not black and white. The truth is that people have great things to offer and restricting ourselves to only half the talent just doesn’t make any sense.