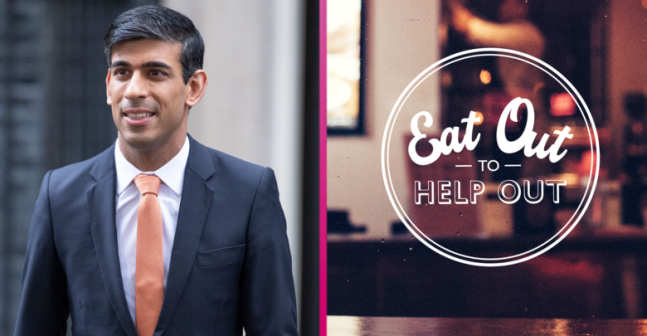 The title of this blog is a little misleading, I admit, in that the Chancellor isn’t giving away food vouchers to those who can afford to eat out at restaurants. Rather, he has committed to using public money to reimburse some of the bill during August, with certain conditions of course. The ‘Eat out to help out’ scheme is part of a plan to try and rescue Britain’s coronavirus-ravaged economy.

Will it work? Only time will tell yet initial takeup seems very encouraging. The hospitality trade is desperate to encourage customers back into their establishments, both to generate much needed income and also to help people get over their all too natural fear of going out into crowded spaces.

As with most government initiatives, the scheme has been met with both fanaticism and open hostility, with one side claiming it as the saviour of the hospitality trade while the other sees it as an incentive to the rich at the detriment of the poor.

It seems that these days public opinion on any government initiative is split between devoted followers and fervent opponents. At least that is the impression that you get from the media, both traditional and social, which falls into its predetermined camps. In truth it is probably the case that the majority of people fall into a no-man’s land of disinterest.

Johnson was trailed as the prime minister that would bring the country together though this is clearly not the case. The country is divided as ever. Such division is not always helpful. Opposing or supporting all  government actions does not further any cause and at times all of us need to bite our tongues and get behind, or at least tolerate an initiative.

I don’t eat out much and so this scheme is of little interest to me yet I want to see the many restaurants in my hometown survive and flourish. The ‘Eat out to help out’ scheme may or may not work, it may or may not turn out to have been a good idea but at least it is an idea and I for one hope it helps restaurants to survive these most disastrous of times.